I’ve been on a bit of a quest lately (lvl 10, big rewards) to find the perfect material to make a mould.  In the past I’ve always used clay, which does have its benefits, but I’ve found it unsatisfactory for the degree of detail I carve now, particularly with the larger pieces like the Stargate.  If the clay’s too dry it will cause tears around areas of high detail; if the moulding’s not done carefully it will produce exaggerated angles or double images; and overall it’s unlikely to pick up the full amount of intricate detail if you have a complex piece.
So I’ve been experimenting.  It’s been a long, expensive quest so far, but the rewards are ceramic copies that are as close to the original carving as I can get – the highest quality possible for my customers.

Some materials were interesting but not as useful for my purposes as I was hoping, such as the NSP Chavant clay Ж, and others were irredeemable disasters.  I’ll be doing write-ups and product reviews for many of them, as time allows, but today I want to talk about one in particular.

I wasn’t even aware of Plastimake before a friend put me on to them.  Anything plastic-like hadn’t even crossed my mind as I assumed it all was a one-shot melt and pour deal, with a high likelihood of the original carving become trapped within the inflexible mould and the whole process being a hot, sticky mess.  Instead, the Plastimake material appears to combine the strength and durability of plastic with the flexibility of silicone, as well as having the huge bonus of being reusable and very easy to use.  It all sounded a little too good to be true, so I bought a bagful to put it to the test.
It arrives as a bag of thousands of small white balls about 3mm in diameter.  The instructions were to simply heat them in hot water until they were transparent, then pull the mixture out and shape it in whatever way you desired – with emphasis on being cautious of scalding yourself from pockets of trapped hot water.  Once shaped, the material could either be left to naturally cool, or force cooled with cold water to speed things up, at which point it would revert to its original opaque white.
When placed in just-boiled water the balls turned transparent within a matter of seconds.  Larger pieces, when reusing the material from an earlier cast, took considerably longer and required topping up of the boiling water several times.  It also helped to pull the mixture out and scrape back the transparent outer layer to expose the insulated white core to the hot water until the entirety had heated sufficiently.  Apparently it starts softening at 60C (140F), but as hot water cools quite quickly, I found it more effective to use it straight out of a boiling kettle. 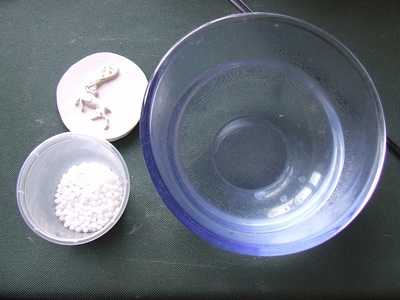 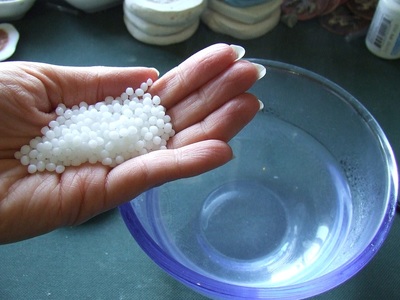 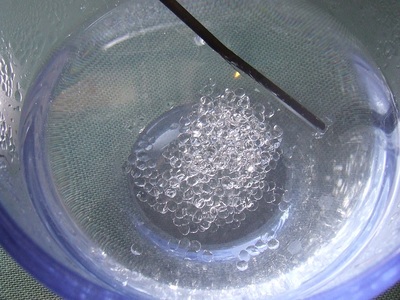 Once it is fully transparent it becomes quite pliable, with a consistency similar but slightly less elastic than that of chewing gum (post-chew).  Depending on how hot your water was, how cool your room is, and the temperature of anything that comes into contact with it, you should get a couple of minutes of workable time before it will start turning ‘foggy’ and hardening.  You can, if needs be, selectively reheat specific areas to extend the malleable life.  I found that this was plenty of time to mould a 10cm diameter carving, but anything larger may have required reheating. 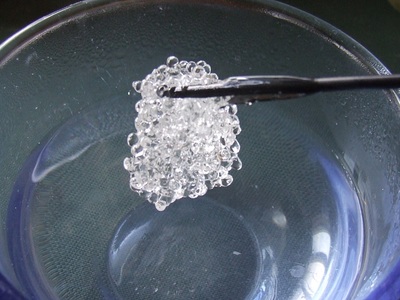 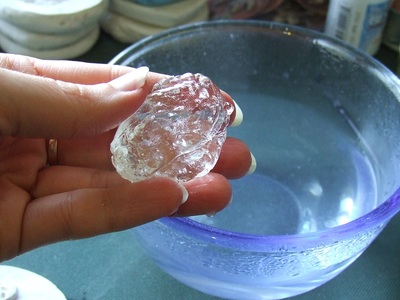 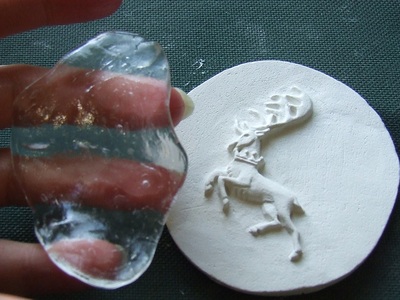 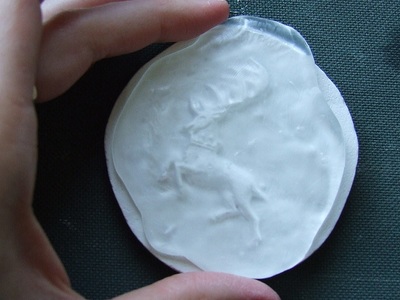 It separates easily from fired clay – the one exception being a piece that had the rough residue of a previous moulding attempt using a different material that I’d been unable to remove fully – even without having to use a releasing agent like oil, Vaseline or liquid soap.  Overhangs of the clay will be particularly problematic given that the Plastimake is very firm once cool, which is why I’m so draconian about avoiding overhangs in the carvings from the beginning so this doesn’t become an issue.  At least with this product, if you do find it’s fused or stuck for whatever reason, you can safely remove it without damage to your original simply by reheating it. 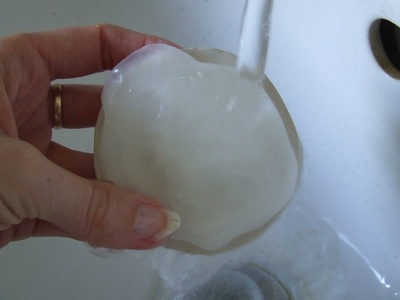 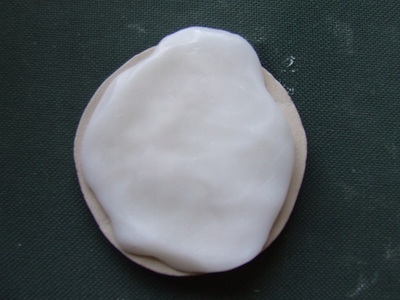 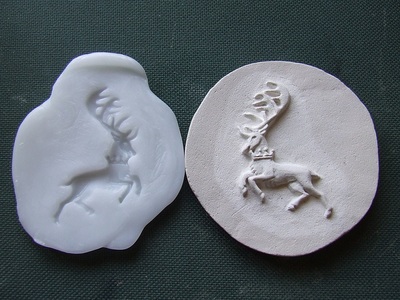 The level of detail it picks up is decent, and it holds areas of thin, fine detail very well without being damaged or pushed out of shape.  More viscous moulding materials such as latex may pick up finer detail, but these are very easily distorted when a positive cast is taken from them, and air bubbles can cause major quality issues.  I’ve not yet had air bubbles be a problem with Plastimake, and I think the thicker, semi-elastic consistency makes it unlikely that I will.  In areas that it hasn’t been pressed down firmly it does appear to retain a slightly wrinkled wave-like texture, I believe these are stretch marks from where it was pushed out.  These appear relatively minor and I doubt will have too much of an impact on the positive cast. 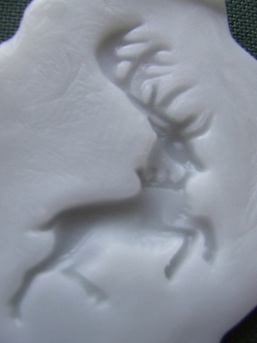 The final product is a firm, hard-wearing yet slightly flexible plastic.  If you buff it while it’s still warm it will result in a very characteristically smooth plastic feel, but if not it may be left with the surface texture of your fingerprints.  Even quite thin, it takes a fair beating without showing damage, and putting pressure on it only caused it to bend, not crack or snap.  How they store long-term has yet to be seen, but in the immediate future I feel they’ll keep their shape until I pop them back in the hot water.

Plastic can’t be used directly with clay to make copies, unfortunately, as clay sticks to it badly.  But it does work well with other moulding materials such as latex and silicone putty, neither requiring a releasing agent.  In terms of sculpting I feel its results would be similar to those of polymer clay, with the rounded, organic appearance that comes from elasticised material – unsuitable for the crisp, sharply defined edges I prefer – but it works well to take a mould of a ceramic carving.
It’s easy to use and does everything it promises, so I rate this product quite highly and will continue to use it.

Plastimake unfortunately doesn't appear to be available on Amazon yet, but can be ordered directly from their website: http://www.plastimake.com/
As the company is based in Australia the shipping, particularly above 400g, can be a bit pricey (in the range of $35 - $45 to the US or UK for 800g).  However, there are some other alternatives that are a bit closer to home.
UPDATE:  I've since tried to use Plastimake on a much larger carving and had difficulties removing it without damaging the piece.  So, for the moment, I'm sticking to using Plastimake on smaller carvings that I know I can lift off easily.
Ж - Related Articles

* Youtube Tutorial Video: How to take a good mould